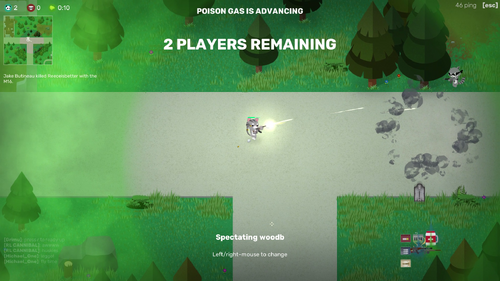 Super Skunk Gas advancing around the players narrowing the Circle of Life.

Super Skunk Gas, originally titled "Poison Gas", is a damaging gas which causes Animals inside of it to gradually lose health and kill them if their health fully depletes.