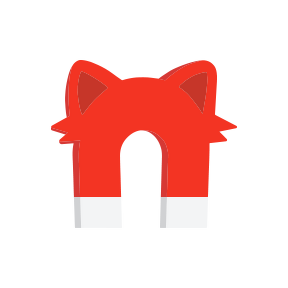 Super DNA Magnets are consumable items used to guarantee a specific type of DNA that the player has already discovered at the end of a match. They are obtained by completing Daily Super Challenges or being earned at the end of a match you level up in. The player can normally have at most 99 magnets, when this limit is reached they will no longer be earned via leveling up, nor will your Daily Super Challenges have a chance of being Super DNA Magnets. Any challenges with Super DNA Magnet prizes will remain, making it possible exceed the 99 magnet soft cap.

The player uses their Super DNA Magnets in the Research Lab menu, by selecting "USE MAGNET" and clicking an animal they already have DNA for. This guarantees that only the specified animal's DNA will drop for as long as there are active magnets on them. Each Magnet will last for three matches, represented by a counter that appears next to the chosen animal in the Research Lab menu. Multiple magnets can be used on the same animal, and it is possible to apply magnets to multiple animals at once. Only the counter of the animal whose DNA the player obtains at the end of a match will go down.

While a super magnet is in effect, a player will receive a minimum of 5 DNA at the end of a match.

It is also worth noting that when a player has 99 or more magnets and uses one, as long as that magnet is in effect more magnets can not be earned.