When a wounded Super Animal or

Giant Emu is in a close proximity to a Campfire, it will automatically ignite, healing all nearby Super Animals and Giant Emus for 4 HP per second, as long as they are within range. After 15 seconds of being lit, the Campfire will extinguish, becoming unusable until the end of the game, meaning it can heal each Super Animal or Giant Emu for a maximum of 60 HP. Used campfires can be distinguished by their burnt wood.

Super Animals in the downed state can also ignite Campfires by crawling towards them. Remaining in proximity to the Campfire will regenerate the downed animal's health, increasing the damage needed to eliminate them and giving their partner(s) more time to revive them before they are killed.

The flame of lit Campfires can be seen even in the fog of war, which might alert other players of enemy presence.

Three melee weapon skins can be unlocked by reaching milestones of campfire uses. 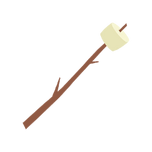 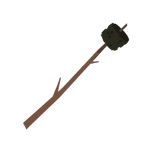 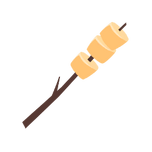 Sound of a Campfire being used.