Banana is a throwable item that when thrown creates a

Banana Peel that causes Super Animals stepping on it to fall over and become temporarily immobilized.

A thrown Banana becomes a

Banana Peel upon hitting the ground, causing any Super Animal that steps on it to fall over and become immobilized for 2 seconds, temporarily losing the ability to move or fire. This leaves them vulnerable to attack from nearby enemies who might see or hear them slip.

Banana Peel disappears after an animal has slipped on it, but can also be destroyed by an explosion from an

Grenade, squished by a

Hamster Ball that is driven over it, or consumed by a Super Animal with a

Skunk Bombs have no effect on

Banana Peels rot in the Super Skunk Gas, however that does not affect their ability to cause animals to slip on them.

Banana Peels develop a green "smell" effect and attract a crowd of flies over the course of about five seconds – this can be useful as a "fresh" Banana indicates it was recently thrown by someone who may be nearby.

Bananas can be found in bunches of two when collected as floor loot, making them easier to stockpile than

Skunk Bombs. They can also be found by cutting

The player can hold at most 10 Bananas, or 12 with the

Super Bandolier, and cannot carry them alongside a different type of throwables. Similarly to

Grenades, Bananas can be thrown over some line-of-sight obstacles.

Players equipped with the

Banana Peels on the ground to restore 25 Health Points. Animals in the downed state equipped with the power-up can also consume them, thus potentially prolonging their "down-but-not-out" status.

Banana Peels will rot in the Super Skunk Gas, turning black and becoming inedible to players with the 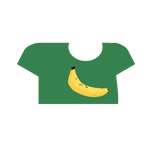 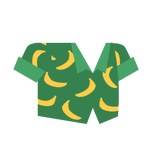 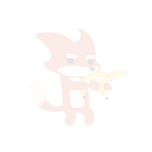