Rebel Caches are special crates that appear around the Map. When opened, they drop rare or epic weapons and ammo or level 3 armor, and either Super Tape or Health Juice. They function very similarly to a Mole crate as both make a sound when players are close to them, and have a flashing light on top of them.

The Rebel Crate can be opened to reveal a set of 1 random item out of the following (There is a small chance to crate 10 Bananas): 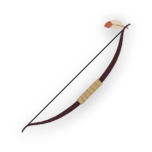